The main purpose of innovation is to make things, services or processes better in terms of performance, looks or other various measures. Let’s take a closer look and jump into the world of never-ending rivalry: Apple and Microsoft.

Let’s keep it safe. Apple is improving its products in a continuous way. Think about somewhat better performance, somewhat thinner aluminium, no headphone jack; basically, upgrades or innovations in small steps. It’s not something which really could let our jaws drop.

The exception might lie within Apple fanatics. Either way, we call this incremental innovation.

Now going all-in, Microsoft, on the other side, has shown to significantly possess the capacity of creating something entirely new. Of course, many similarities may be found between the two tech giants, but when it comes to the other type of change known as disruptive innovation,  Microsoft has the upper hand.
Disruptive, or radical innovation, will lead users to a new set of rules and boundaries to which they usually have to get used to. This automatically means that radical innovation makes it more risky for a company to engage in, but also more rewarding when adaptation takes place.
In a transformation from 2D to 3D, with one of the best examples being virtual reality (VR), M’soft has shown to be a risk taker with the introduction of some of the following high-end products seen below.
The only thing that remains, is the buyers to spread the word. Buyers known as innovators and early adopters will usually have no problems or hesitation in acquiring innovative products. We can relate this to some of the innovations of Microsoft.
This also means that the market share of these new releases might not increase drastically as people first need to adapt to these new technologies as described before. We can relate this to the product and customer lifecycle. 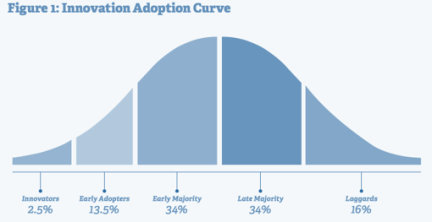 Hereby we believe, that if Microsoft will keep pursuing this way of innovation and design, it might surpass Apple’s glory in terms of being cool and very user-friendly as the innovative products are popping out.

So, if you’re indeed an innovator or early adopter, what’s holding you back? Probably the price tag as the Surface Studio will start at 2,999.

Inspire the people you care about: